On February 15, the FAA released their long-awaited Notice of Proposed Rulemaking (“NPRM”) for the non-recreational use of Unmanned Aircraft Systems (“UAS”), often referred to as Unmanned Aerial Vehicles (“UAV”) or simply “drones”.

[1]
The proposed rules, more flexible than many aviation industry analysts previously feared, will open the door for many routine non-recreational uses of UAS, and represents a largely positive step forward for the integration of this new class of aircraft into the National Airspace System.

Though the regulatory framework proposed by the FAA is not yet law, it nevertheless offers some insight into the future of the UAS regulatory environment.  Importantly, the proposed rules would only apply to non-recreational UAS operations.  Therefore, the proposed rules would not apply to UAS used for purely hobby or recreational purposes, what the FAA refers to as “model aircraft operations,” which would continue to be regulated under the current model aircraft regulations.[2]

Unfortunately, the existing regulations and the proposed rules do not elaborate on the intended meaning of “non-recreational,” though the 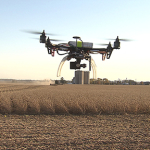 FAA has in the past released interpretations providing some guidance.  While it is clear that purely commercial UAS operations (e.g. those operations for compensation or hire) would fall under the meaning of “non-recreational,” the FAA interprets the term broadly so as to also cover those operations that merely have some nexus between the operator’s other business activities and the operation of the UAV.  Thus, operations in furtherance of a business enterprise, even though not for hire, would fall within the meaning of “non-recreational” for purposes of the proposed rules.  By way of example, previous FAA guidance has stated that use of a UAS to monitor crops for one’s own household consumption would qualify as a recreational use, while use of a UAS to monitor crops on a commercial farming operation would be considered non-recreational.

The proposed rules would only apply to “small” UAS: those unmanned aircraft weighing under 55-pounds.  Non-recreational operations of UAS would be limited to daylight-only flights, with a maximum airspeed of 100 mph and maximum altitude of 500 feet above ground level.  Operations in Glass G airspace would be allowed without Air Traffic Control (ATC) permission.  Operations in Class B, C, D, and E airspace would be allowed with prior ATC permission, though operation in Class A airspace would be absolutely prohibited.  As would be expected, the proposed rules explicitly prohibit careless or reckless operations and non-recreational UAS would be required to always yield right-of-way to other aircraft, both manned and unmanned. 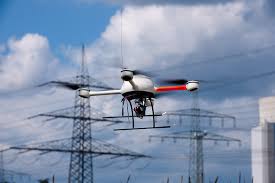 The proposed rules would also require UAS pilots, called “operators”, to keep visual line-of-sight with the aircraft at all times during operation, and operators would be required to keep the aircraft close enough to allow the operator to see the aircraft with vision unaided by anything other than normal corrective eyewear.  Commercial UAS operations would be further limited by the proposed requirement that they not be flown over any persons not directly involved in the operation.  Importantly, these requirements would likely preclude many non-recreational uses for UAS that take advantage of first-person camera systems as the primary means of navigation (e.g. large-scale crop and oil pipeline inspection services).

As mentioned above, under the proposed rules the person who “manipulates the flight controls” of the UAS would be referred to as an “operator,” and, importantly, would not be required to obtain a normal pilots license.  Instead, operators would be required to be at least 17 years of age, pass an initial aeronautical knowledge test, and obtain an unmanned aircraft operator certificate with a UAS rating.  Operators would then be required to take recurrent aeronautical knowledge tests every 24 months in order to maintain his or her operator certification.

Though perhaps more restrictive than some potential operators were hoping, the newly proposed UAS regulations represent an important and largely positive step forward in the integration of UAS into the National Airspace System. However, it should be noted that the UAS rulemaking process is still ongoing and, for the time being, the non-recreational operation of UAS will continue to be regulated under the much more cumbersome system of exemptions, special airworthiness certificates, and certificates of waiver or authorization currently in place.  The deadline for public comments on the proposed UAS regulations is April 24, 2015; be sure to make your voice heard in the rulemaking process and visit http://www.federalregister.gov to comment on the proposed rules.
For more information and for help navigating the current regulations governing non-recreational UAS operations, call us at Carriere, Little & Leach at 720-970-0922 or visit us online at www.carrierelittle.com.

[1] Click here for the full text of the NPRM: